THE PLACES WHICH YOU ,,MUST SEE'' DURING YOUR STAY IN MONTENEGRO

National park Biogradska Gora was declared a park in 1952 year. It is situated in a Northeast part of Montenegro, between rivers Tara and Lim, in the central part of Bjelasica’s mountain massif. It spreads over surface of 5,650 hectares. The most beautiful part of this park is Biogradsko Lake. Lake is situated at the 1094m of altitude and it’s surrounded by clean virgin forest which is one of the only three remained in Europe. National park Biogradska Gora dispose with other offers for visitors: bungalows, national restaurant, center for visitors, souvenir shop, learning path around the lake, observation tower... From the park, a great number of marked paths lead toward other lakes on mountain Bjelasica (Sisko, Pesica Lake, Ursulovacko…) as well as to the peaks Black Head, Rabbit’s head….more detail

National park “Durmitor” was declared a NP in 1952 year. It is situated in the Northwest region of Montenegro and it includes great surface of Durmitor’s massif with canyons of rivers Tara, Draga and Susica. An impressive mountain peaks rise from there, of which 48 are high over 2000m, and the highest among them is Bobotov Kuk with impressive 2 525m. Special charm is given to the beauty of Durmitor’s massif with an 18 glacial lakes at the altitude of over 1500m, called “Mountain eyes”. The biggest and the most attractive lake is The Black Lake. There is a number of marked paths which lead toward lakes and Durmitor’s peaks. The most important part of National park is a canyon of Tara river, which is the deepest canyon ine Europe, deep 1300m more details

Picturesque and unique Skadar Lake is situated in Zeta’s and Skadar’s valley which is connected with Adriatic sea with river Bojana. With it’s surface which varies from 370 km2 to 530km2 depending on the fluctuation of the water surface, Skadar lake represents the biggest lake in Balkan. Two thirds of the lake belongs to Montenegro, and one third to Republic of Albania. Montenegrin part, with its coastal surface of        40 000 hectares, was declared a national park in 1983 year. Lake is the biggest bird reservation in Europe (with over 270 bird species). Lake is the habitat of the pelicans, gulls, herons and has a rich water world with a lot of different species (eel, carp, bleak)...In 1996, with a Ramseur convention, this lake was included in the list of the wetlands of the international importance more details

National park Lovćen covers central and the biggest part of Lovcen’s massif, with a surface of 6220 hectares. It was declared a park in 1952. It is situated on a Southwest of Montenegro, between the Skadar basin, Kotor bay and Budva’s Riviera. Combination of Mediterranean and continental climate caused a unique flora and fauna with more that 1300 species of plants, 200 bird species and diversity of butterflies. The greatest monument in NP Lovcen is Njegos’s mausoleum, at the Lake’s peak, on the place which was chosen by this great poet and a philosopher for his eternal rest more details 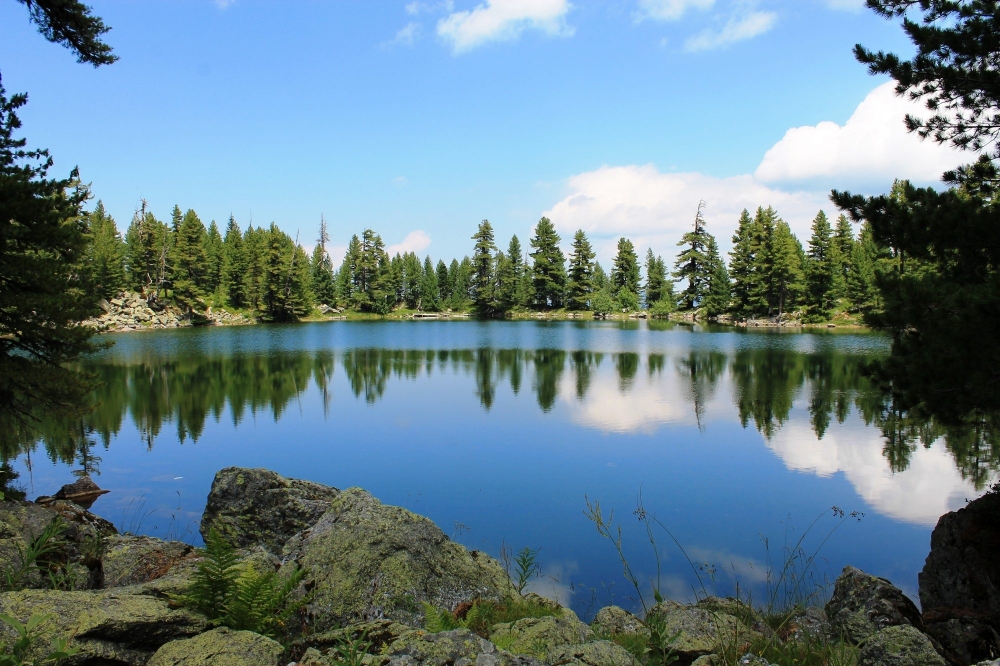 Fifth National park in Montenegro is Prokletije. Prokletije are leaving the unforgettable impression on all visitors with its beauty.  It is monumental, one of the ruggedness mountain chains, with milled, white and black peaks, which remind you on a wolf’s jaws, and by the beauty of its forests, pastures and barrens it contributes to the beauty of the whole area. Glacial lakes such are: Plavsko, Hridsko, Rikavacko, Bukumirsko and Visitorsko are special rarity so as the Valley Graja, Valley Ropojana, Alipasa’s spring and famous Grlja waterfall. Highest mountain peak on Prokletije is Zla kolata - 2 536m more details

REGION OF BJELASICA AND KOMOVI

Mountain Bjelasica is one of the most beautiful mountains in Montenegro. If you want to experience adventure on a mountain, this is the right place. This mountain, which peaks are over 2000m, represents a genuine challenge for mountaineers. Shadow valleys of Bjelasica are a right place for rest of groups and families. You will need comfortable shoes, worm cloths and sun cream since the weather on the mountain is always unpredictable. Here, you may enjoy in riding the horse, swimming in one of the lakes or even some games on a snow, since it is possible to find it on some spots even in August. Traditional mountain cabins are really tempting for tourists more details

With peaks almost reaching a height of 2,500 meters, Komovi are breaking clouds and impressively dominating the southeastern part of Montenegro.
Komovi are a relatively small mountain massif in terms of the area they occupy, although in terms of the height of their peaks they are among the highest and most impressive mountains in Montenegro. The Komova massif consists of several peaks, three of which are the most famous. Kučki Kom (2487 m) is the highest peak of Komovi. Ljevoriječki Kom (2469 m) and the third peak Vasojevićki Kom (2461 m).
To the mentioned three main peaks of Komovi, the easiest and at the same time the shortest ascent leads to the top of Vasojevićki Kom. The ascent to Ljevoriječki Kom from Štavna via Ljuban is a bit longer and more demanding, while the longest and most demanding ascent to the top of Kučki Kom is from the Eko katun Štavna on the plateau of the same name.

One of the most impressive caves in Montenegro, cave over Devil’s Swirl is situated near Bijelo Polje, in the canyon of river Bistrica. Upstream, through Djalovica gorge, on the left side of the valley, in the very spot where the valley merges with the clough, is the lowest of the forth lakes, and is the place where the Devil’s Swirls are. In the upper part of the valley is where the biggest of three entrances in this cave is. Up to now, 11 750 m of cave has been explored. Explored part consists of great number of galleries, passages and chambers and it can be divided into four parts: Channel with lakes, Great labyrinth, Long channel and passages which are connecting upper and lower galleries. Channel with lakes has a great number of lakes (15 permanent and 20-30 periodical lakes) and stalactites and stalagmites of smaller dimensions.

Entering in cave is possible only in company of guides and with complete equipment. It is possible to organize entrance of 10-13 persons at most in the same time interval.

IF YOU WANT TO WALK THROUGH GORGE, SEE TOUR

The history of Kotor exists for two and a half millenniums and about it, countless evidences, as testimonies of diversity of cultures and civilizations, are kept – pre historical excavations, monuments of Illyrian, Pre-Roman and Roman period, Gothic, Renaissance and Baroque monuments. Old city of Kotor is one of the Mediterranean cities with best-preserved middle-aged urban complex, which structure was formed in period from 12th to 14th century. City is surrounded with tall and tick wall of 4.5km length in total. City’s walls have been built gradually in period from 9th to 18th century. Walls are tall approximately 10 meters, and in the upland area, in some parts up to 20meters of height. There are three entrances into city:  Main door - which is also called West or Door from Sea, and South and North door. Kotor has been included in UNESCO’s list of World natural and Cultural Heritage.

Old Bar consists of old town settled on a rocky hill, inaccessible from three sides, and of settlement in it’s foothill, which was made after the town have been destructed (1878). Old city’s gate date from 11th century, walls from 11th and 12th century and has been reconstructed in 14th and 15th century. Above the old city are remains of the aqueduct from 16th and 17th century, which have been used as a water system of a city. It was built of broken and cut stone. Construction is made of 17 larger arches of different spans, which are leaned on massive pillars. Old Bar was renowned vocational, cultural and commercial center in the middle age. It was famous for its stonecutters. In early middle age, it belonged to Byzantine, and after that to a Dalmacija. Old city exists for over a 2500 years and represents a unique synthesis of Mediterranean and Orient. 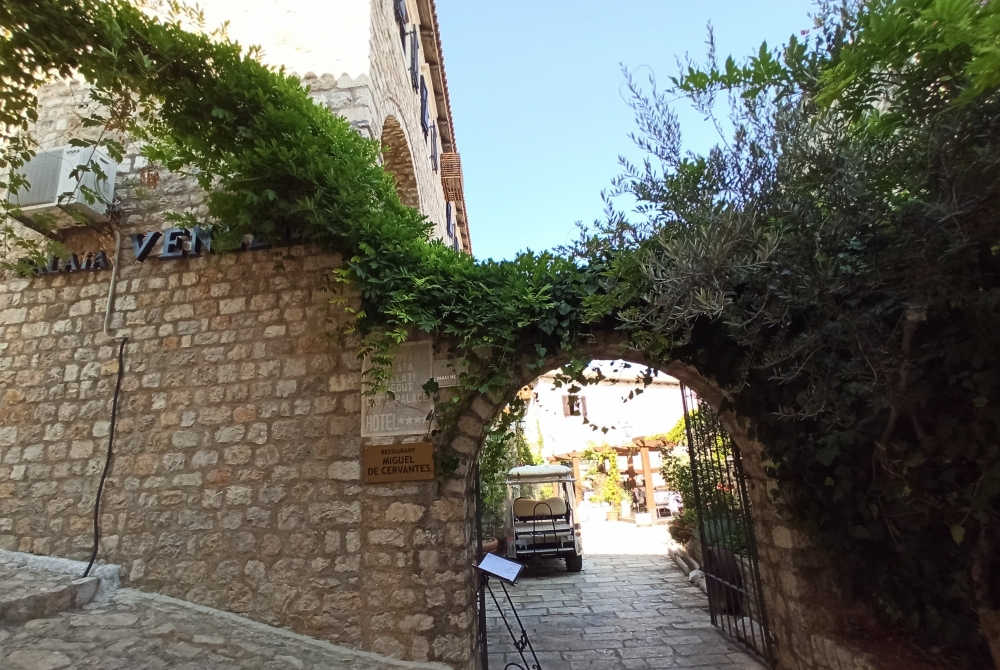 The Old Town in Ulcinj is one of the oldest urban architectural complexes along the Adriatic Sea. In this enchanting part resembling a stranded ship for 25 centuries life has been booming, civilizations have been exchanging leaving their vivid traces up to now.It is a unique opinion that the Old Town represents a cultural-historical monument of invaluable significance due to its Illyrian walls, its citadel, the street net, the markets and squares, some house blocks and some valuable architectural edifices, and especially due to its town landscape, silhouette and urban plaster.

It has been built for 2.5 millenniums and during different economical, military and cultural conditions, thus the old town has got the characteristic of an organic complex. It is an antique town with picturesque middle-aged, narrow and curving streets, densely joined two-and- three-floor stone houses  decorated by elements of the Renaissance and Baroque, and finally there is a series of valuable edifices from the Ottoman time.The oldest remnants of the walls date back to the Illyrian time. In the VI century the town got two gates: the lower (Eastern), which can be reached from the sea-side and the upper (Western), which can be reached from land.

In the heart of Ulcinj's Old Town, is possible to stay in ,,mueum hotel'' Palace of Venice , which provides all guests with a unique experience of combining history and modern business concept, through impeccable service providing a special sense of belonging in every corner of tastefully decorated rooms, restaurant, fitness center, massage center, sauna, the Pirate Museum and the Family Museum ,,Bay's house''.
In surrounding you can find the Statues of Miguel De Cervantes and Shabbetai Zvi (Sabbatai Zevi) which give a speccial apmosphere to the town.

The Monestery of Ostrog is situated between Danilovgrad and Niksic. Way below it there is the Zeta River and the Bjelopavlici plain. Above it there is a miraculous mountain range with the cave of Ostrog.

Upper Monastery:  Temple of the Holy Cross (1665 g. - Vivid 1667); Temple Presentation of the Virgin (- Vivid 1667). Both are endowments. Vasilije of Ostrog the Miracle Worker (Metropolitan Herzegovina of 1639. Mr. to 1671st year). In Vavedenjskom temple are the relics of St. Basil of Ostrog. The narthex  was added in the 1774th Mr Today's  appearance gets 1926th

The Monastery of Ostrog is a monastery of the Serbian Orthodox Church placed against an almost vertical background, high up in the large rock of Ostroška Greda, in Montenegro It is dedicated to Saint Basil of Ostrog (Sveti Vasilije Ostroški). The Monastery was founded by Vasilije, the Metropolitan Bishop of Herzegovina in the 17th century. He died there in 1671 and some years later he was glorified . His body is enshrined in a reliquary  kept in the cave-church dedicated to the Presentation of the Mother of God to the Temple. The present-day look was given to the Monastery in 1923-1926, after a fire which had destroyed the major part of the complex.