One of the important elements during a visit to a destination is gastronomy. During your stay in Montenegro you will have the opportunity to try a number of specialties that are typical for a particular region. If you are staying in the northern and southern regions, you will really have the feeling that you are staying in different countries. 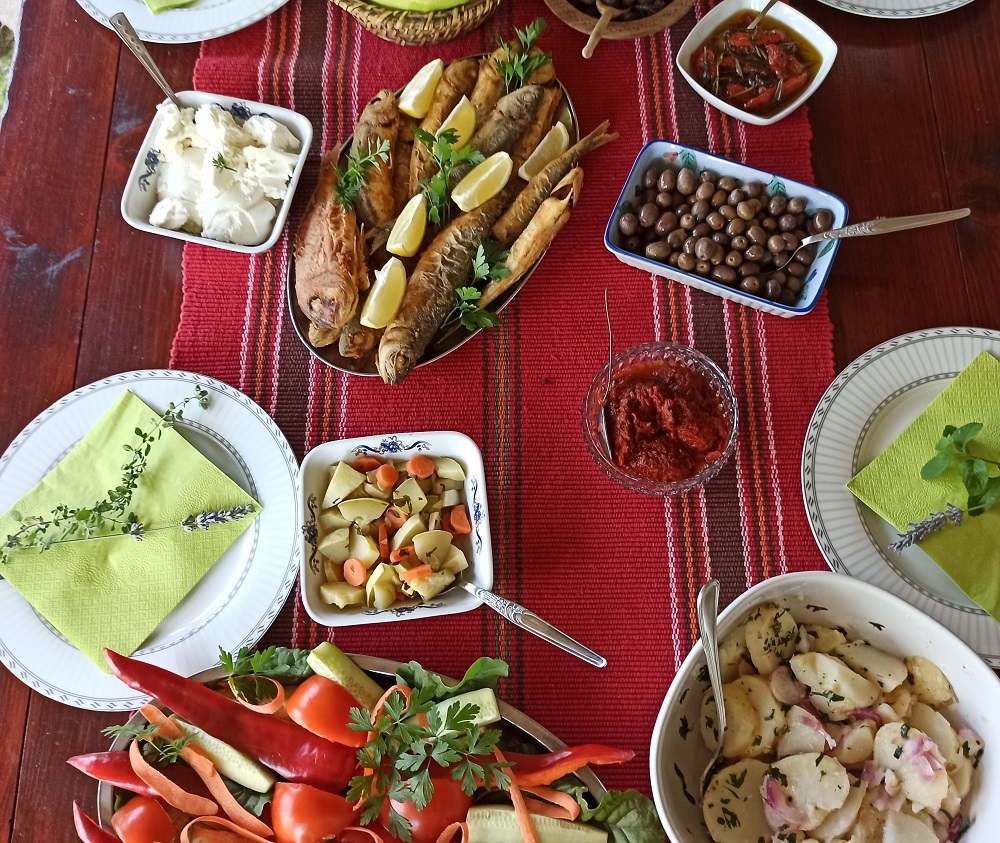 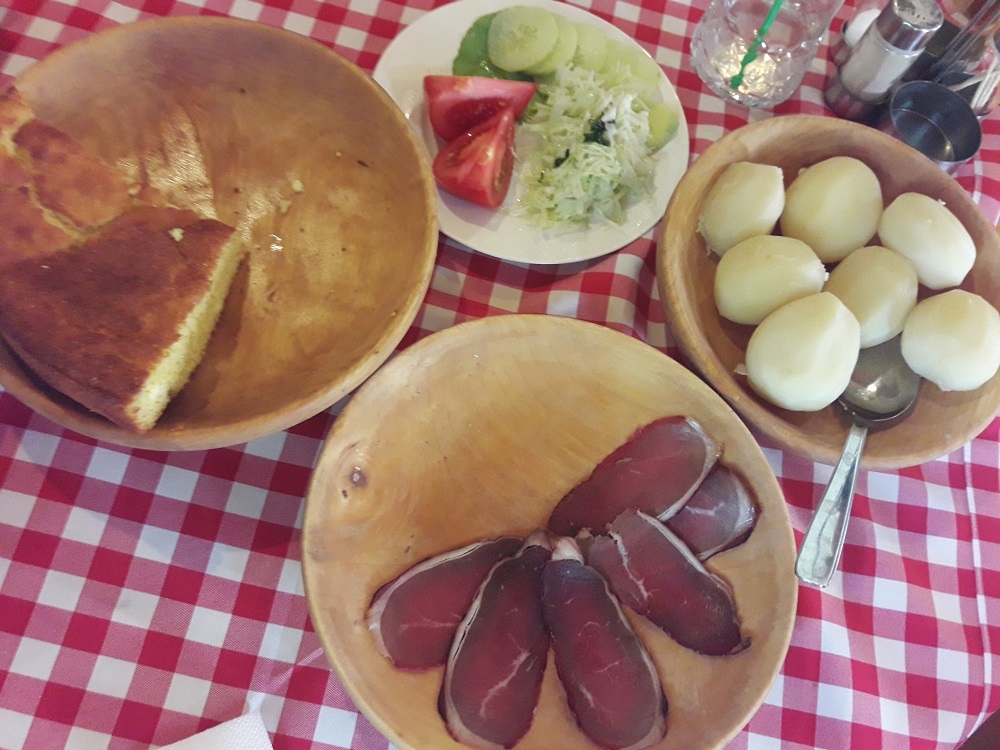 What characterizes the southern region is the Mediterranean cuisine, based on fish specialties, lots of vegetables, of course all this drenched in good wine and enriched with homemade olive oil. Of course in the rural part of the southern region, dairy products are also widely used, primarily cheese (cow, goat or sheep), prepared in a special way. It is mostly enriched with aromatic herbs (rosemary, oregano) or "ripened" in olive oil. 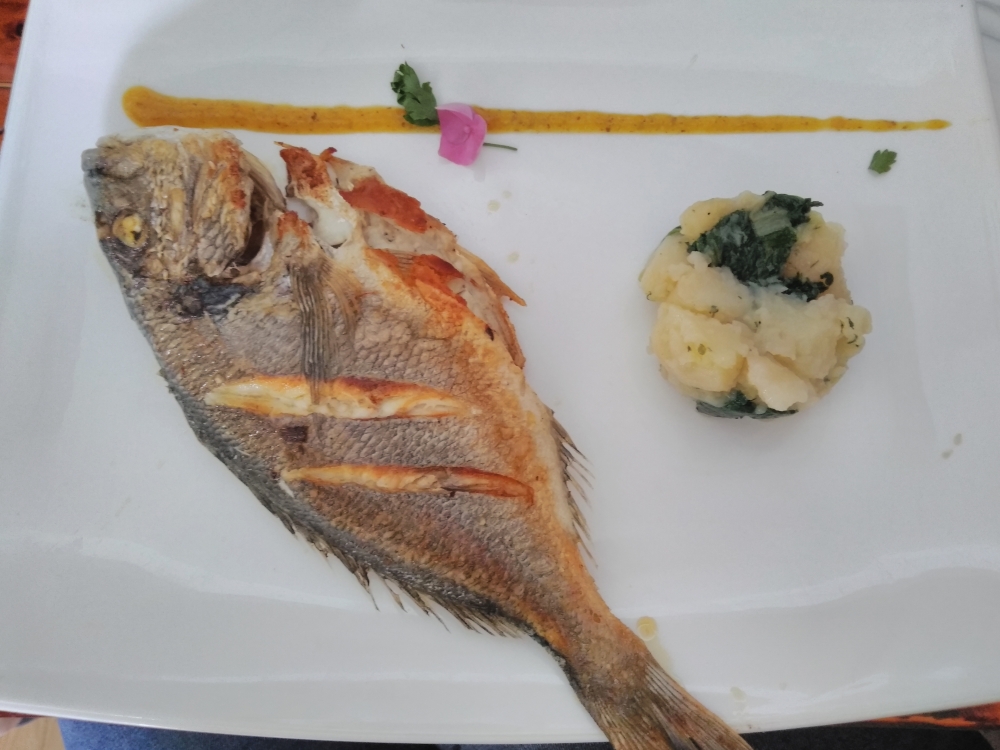 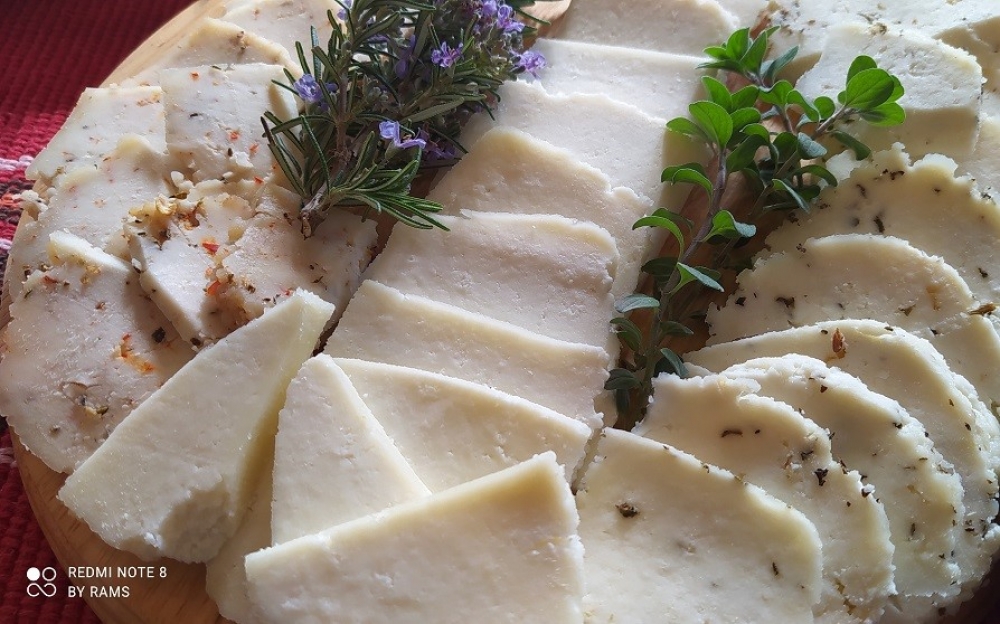 In the north region of Montenegro, the situation is totally different, people in this region eat mostly food that they produce themselves or eventually find in the nature. That is why meat, various pies, dairy products and vegetables predominate. 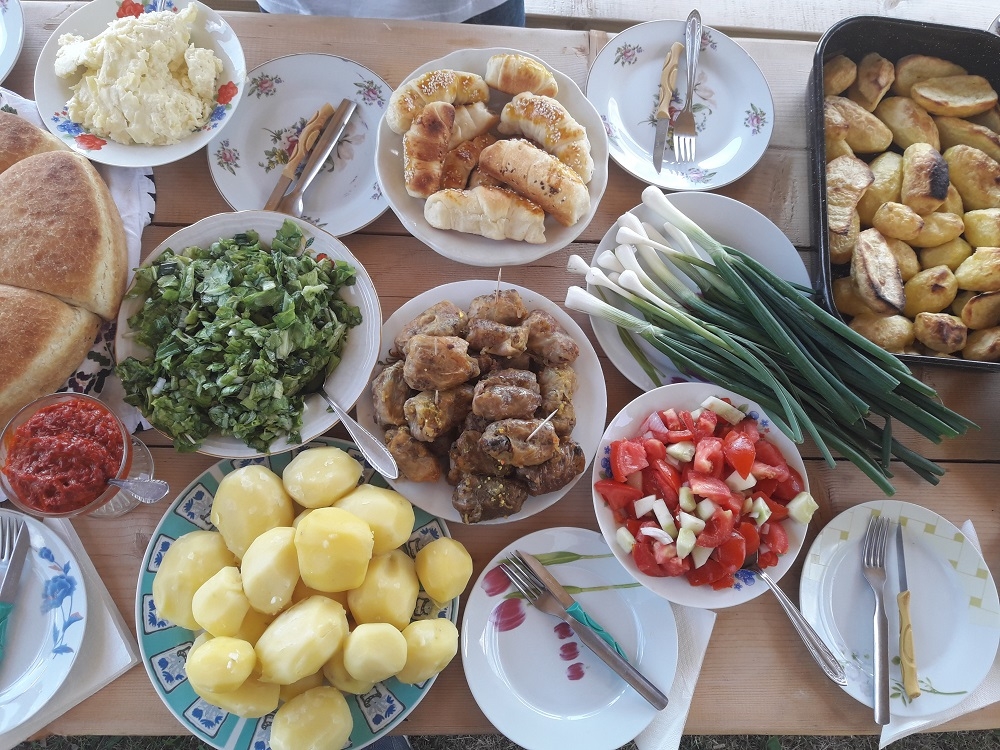 Of the meat, lamb and veal are used the most, and dried meat (beef or mutton) in the winter. Certainly, the way of preparing meat gives it special importance, so in the mountain region you will usually eat boiled lamb or veal, then veal or lamb prepared under the ,,sach'' ( it takes more time, but the taste is unrepeatable). As a special offer for ,,fast food'', you will very often have the opportunity to eat top quality kebabs, burgers or sausage. Of course, there are many cooked dishes with meat in combination with vegetables (potatoes, beans, cabbage, green beans) and rice. In general, many say that in the north of Montenegro, ,,meat is the most common salad'' during a meal. 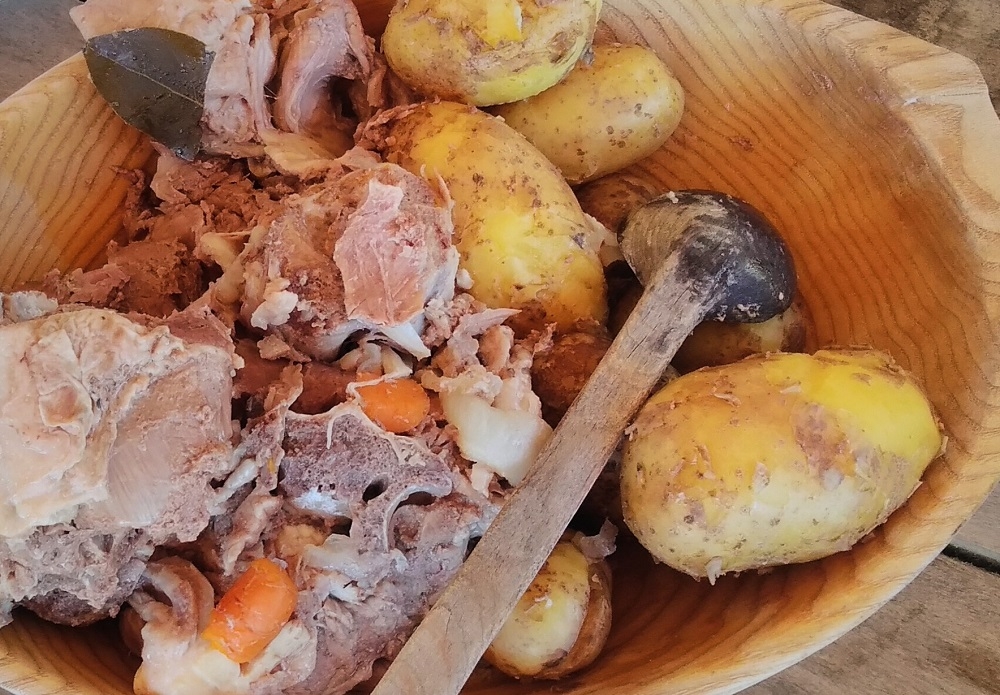 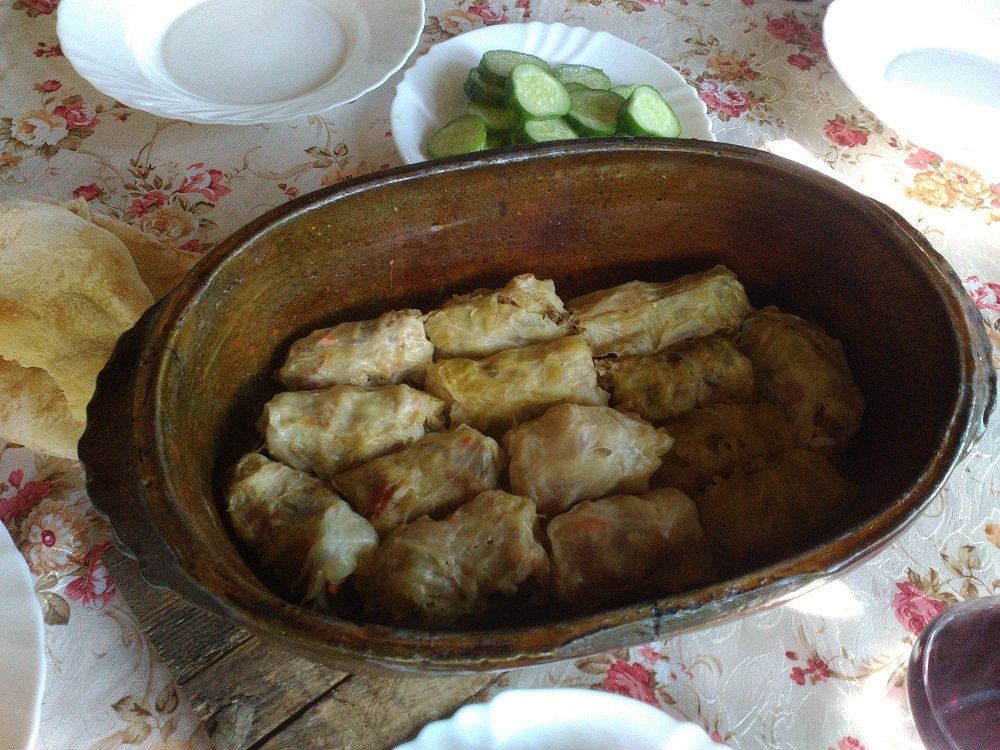 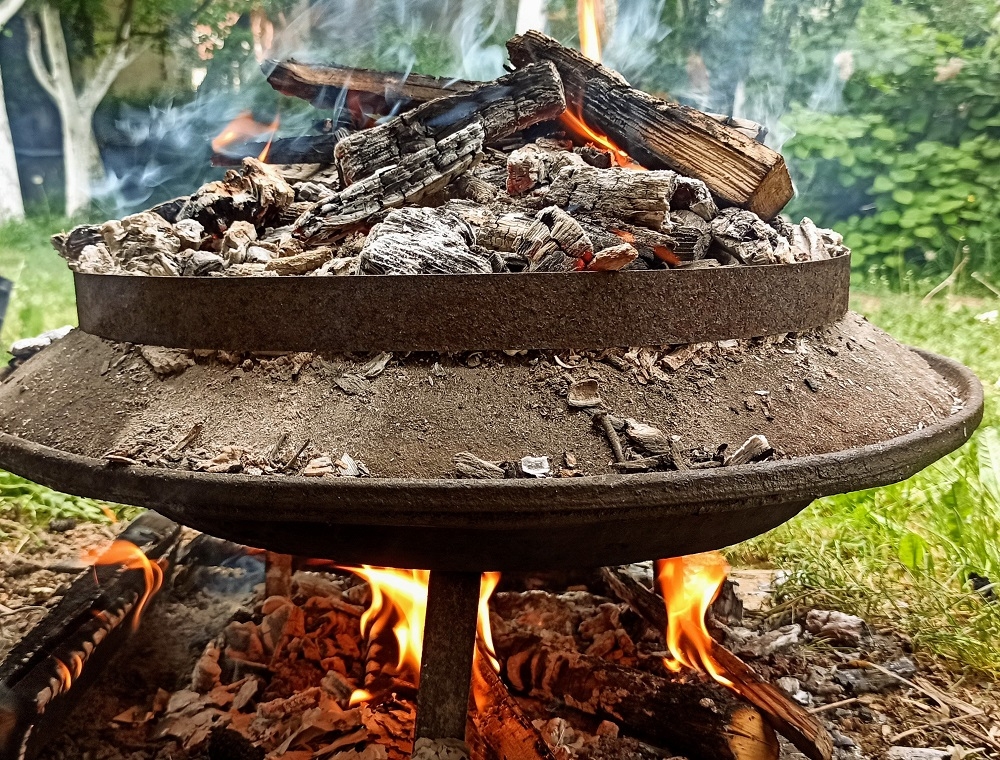 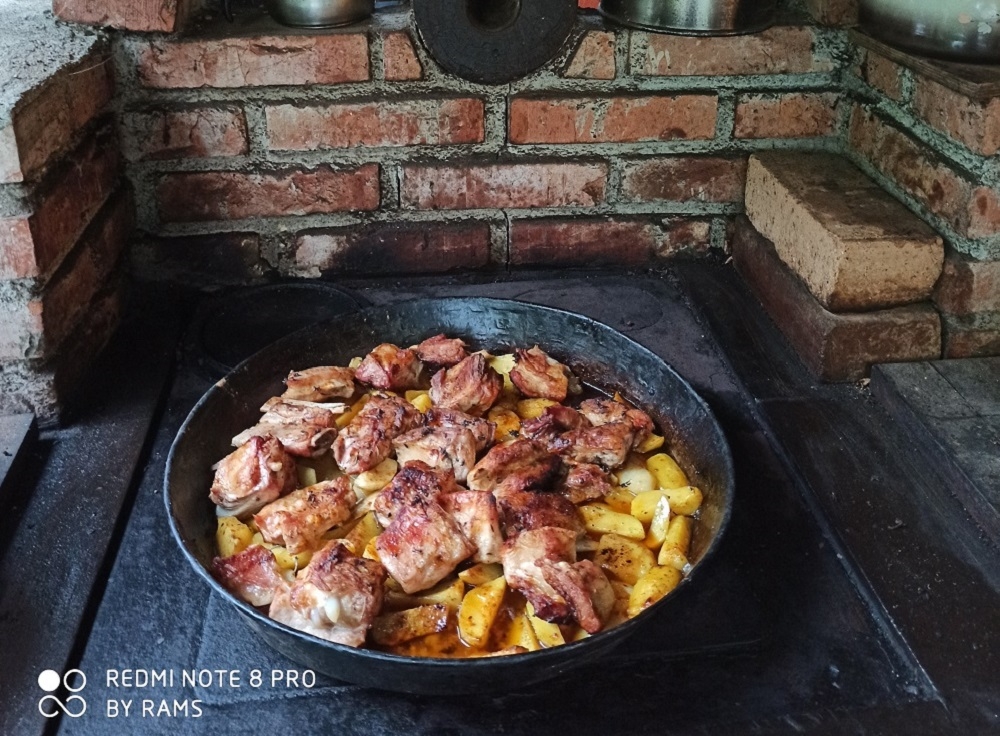 The various pies are very much present in the table of the northern region, which can be both salty and sweet, and are very often used in the family as a main dish. Salty pies are mostly made from greens (meadow, spinach, chard, nettles), potatoes, pumpkin, leeks, cheese or mushrooms, and sweets from apples and cherries. Also, there are several ways to prepare pies, so that puff pies (stacked and rolled) are most often prepared, and to a lesser extent quick pies, which can be made of corn or wheat flour. As a special pie that is known in the northern region, prepared in a different way, it is buckwheat pie which is most represented in Bijelo Polje and Pljevlja. 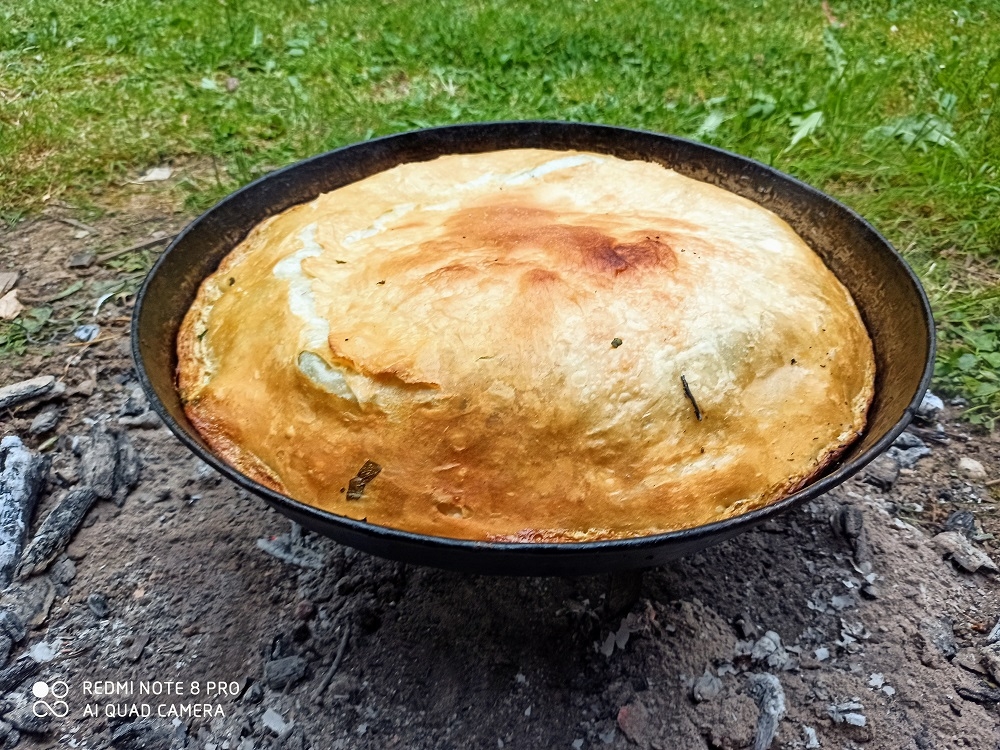 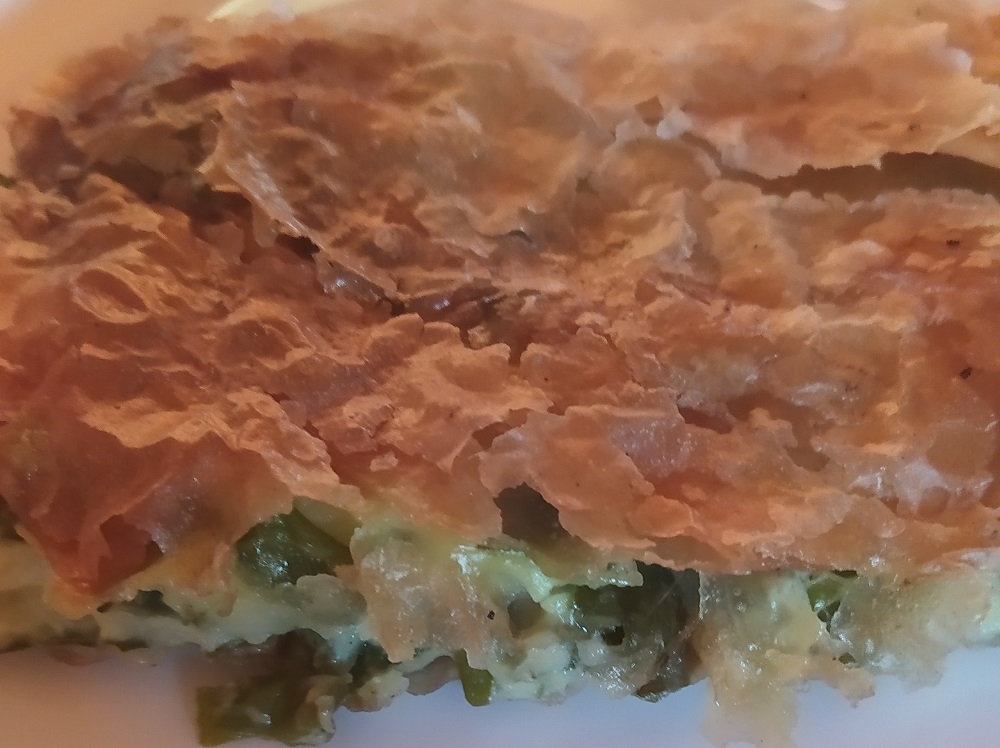 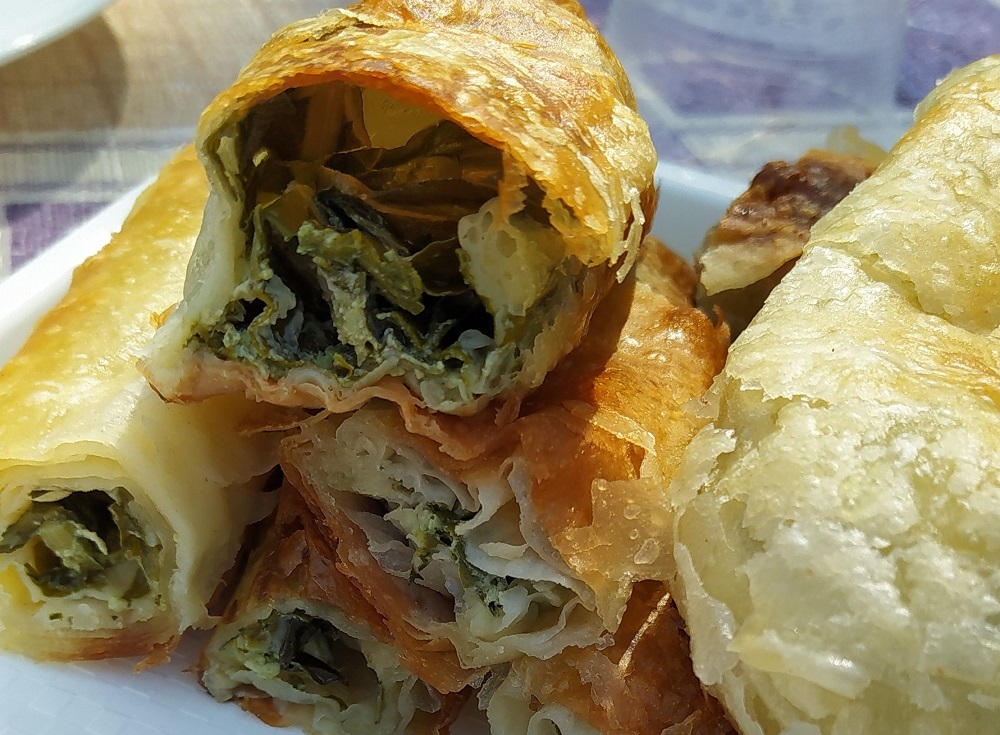 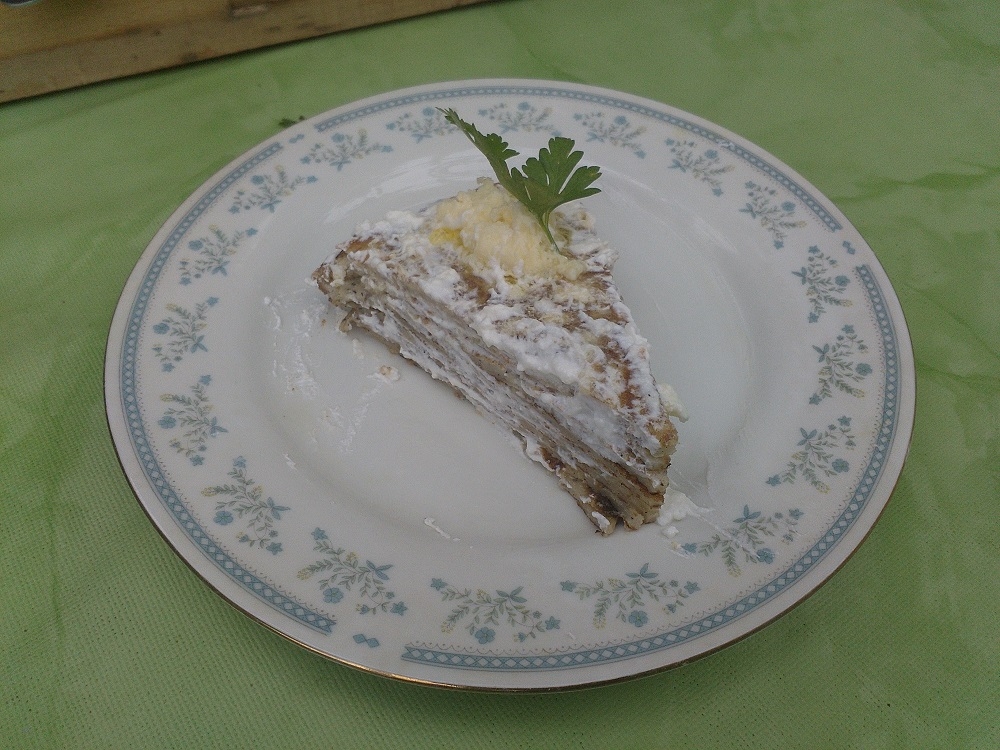 When it comes to pies, we can't help but mention the mantles (,,ribice'' as they are called in Bijelo Polje) and the ,,potoplika''. 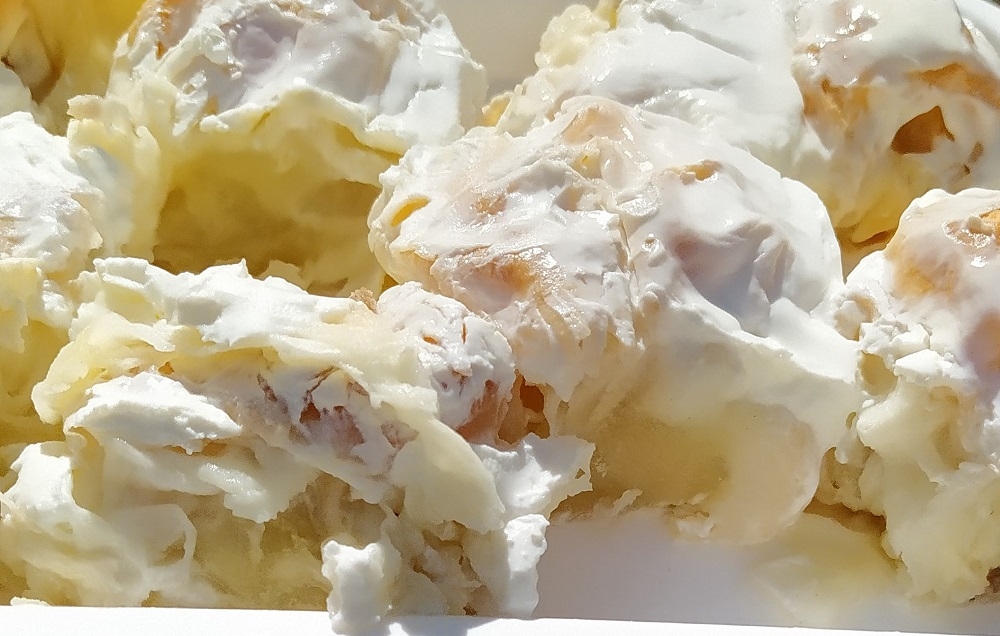 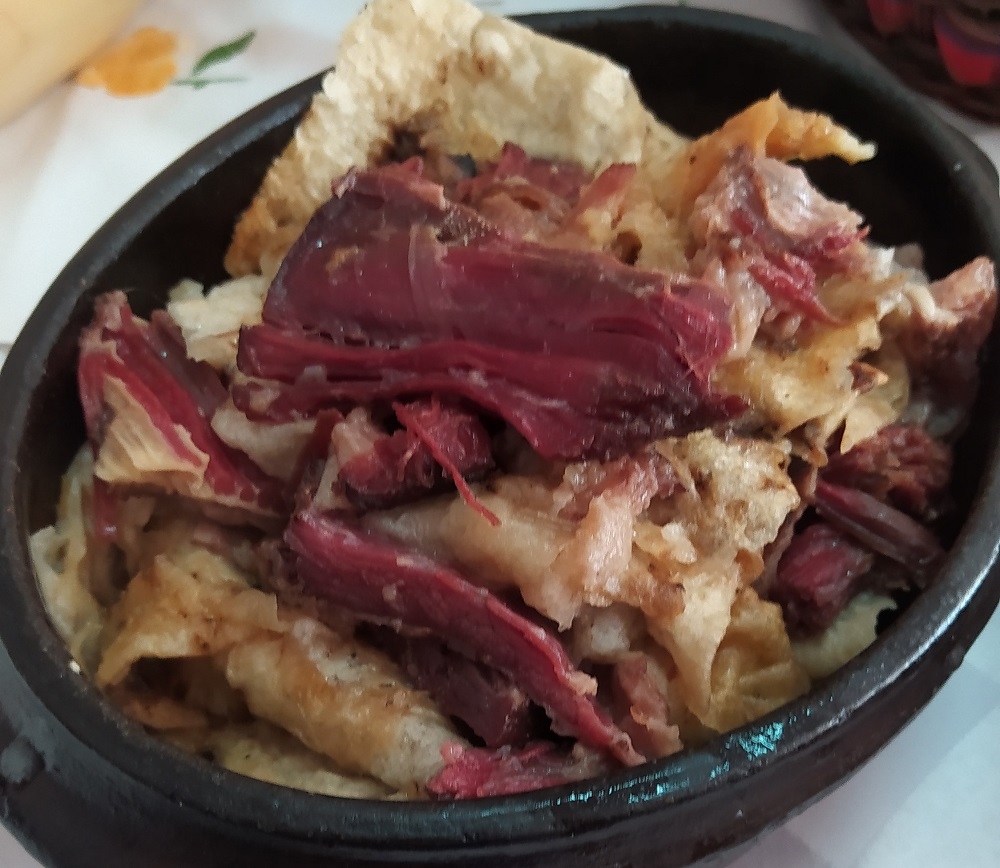 One of the very famous dishes that is mainly used as an appetizer for guests, but very often for breakfast, are priganice. Cheese, jam, honey and, of course, dried meat/ prosciutto, are most often eaten with priganice.

And when you have a view like this, the feeling is complete! 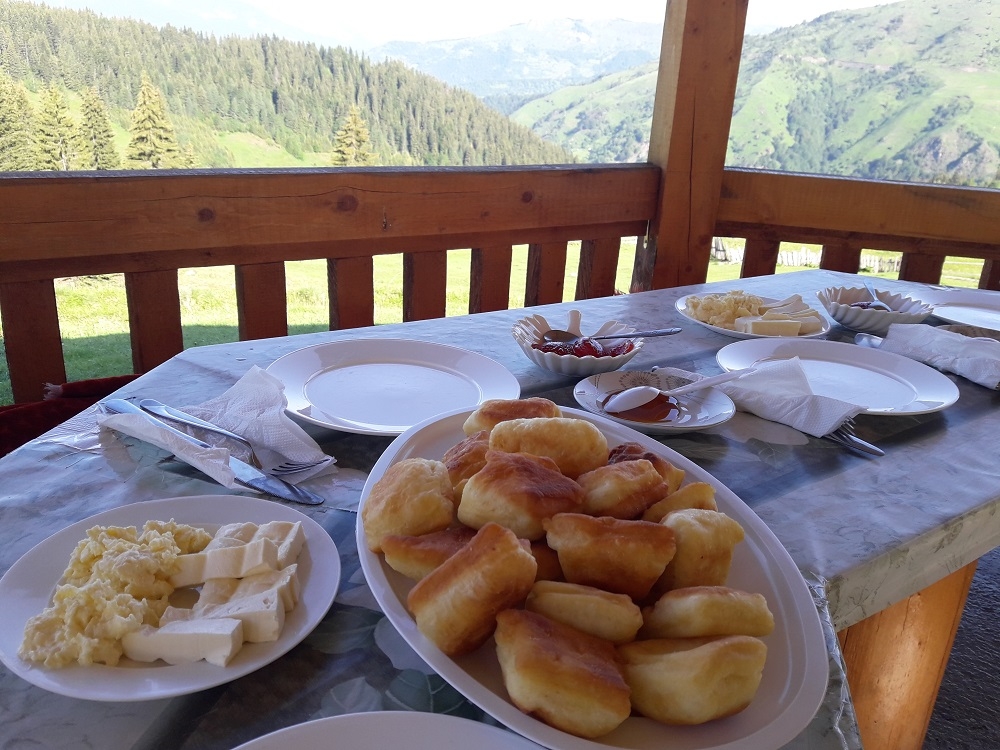 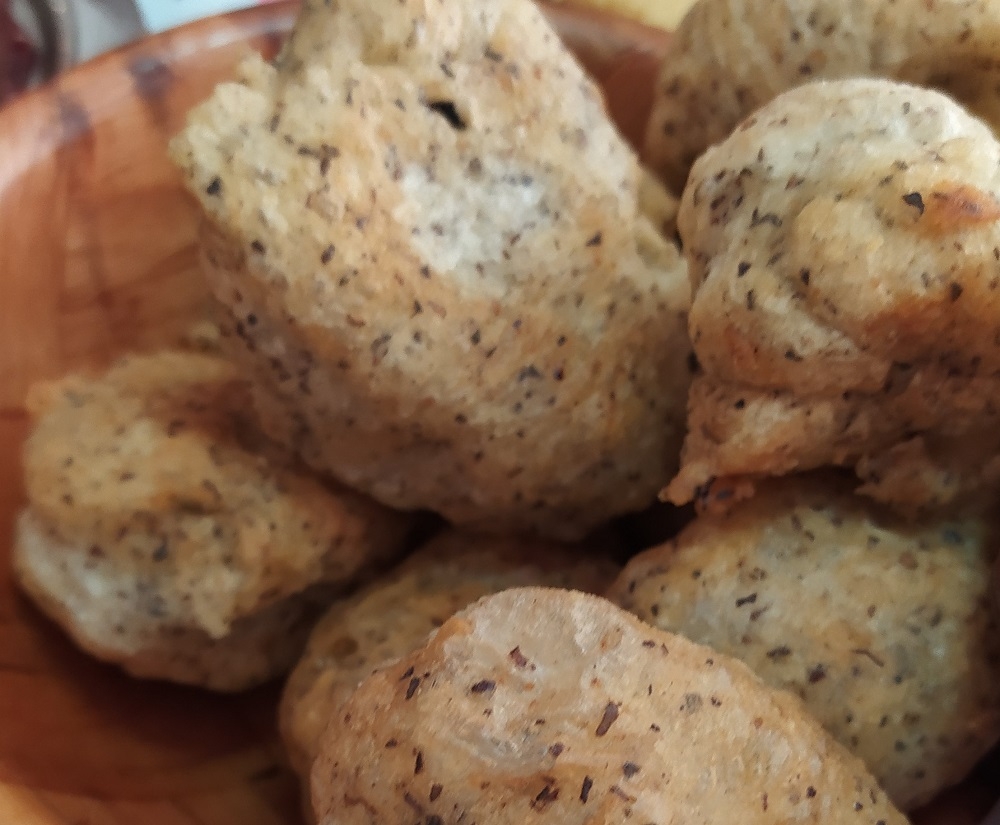 The preparation of homemade bread is a daily ritual for all housewives in a rural area. Bread is an integral part of every meal, and just housewives must have sufficient quantities for daily needs, because very often they are far from the centers where they can buy ready-made bread. However, if the supplies run out or guests suddenly arrive, the skilled housewives will very quickly make fresh bread (quick bread), which is ideal with young cheese, cream or whatever is in the house. 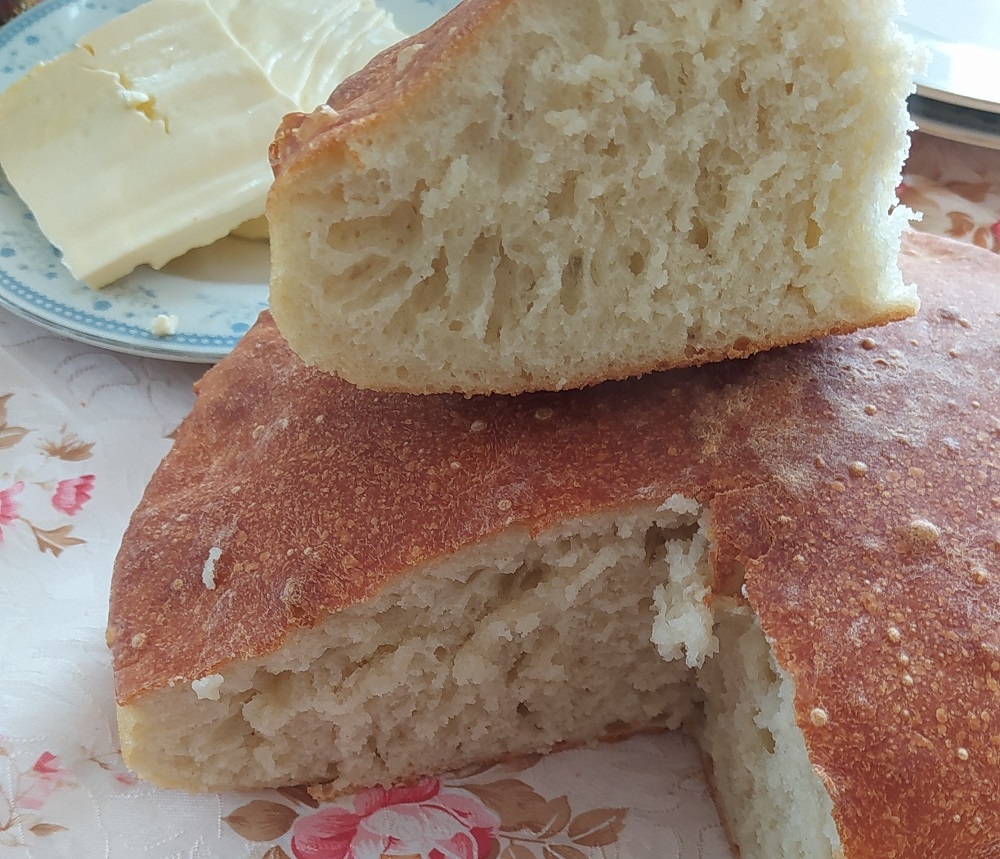 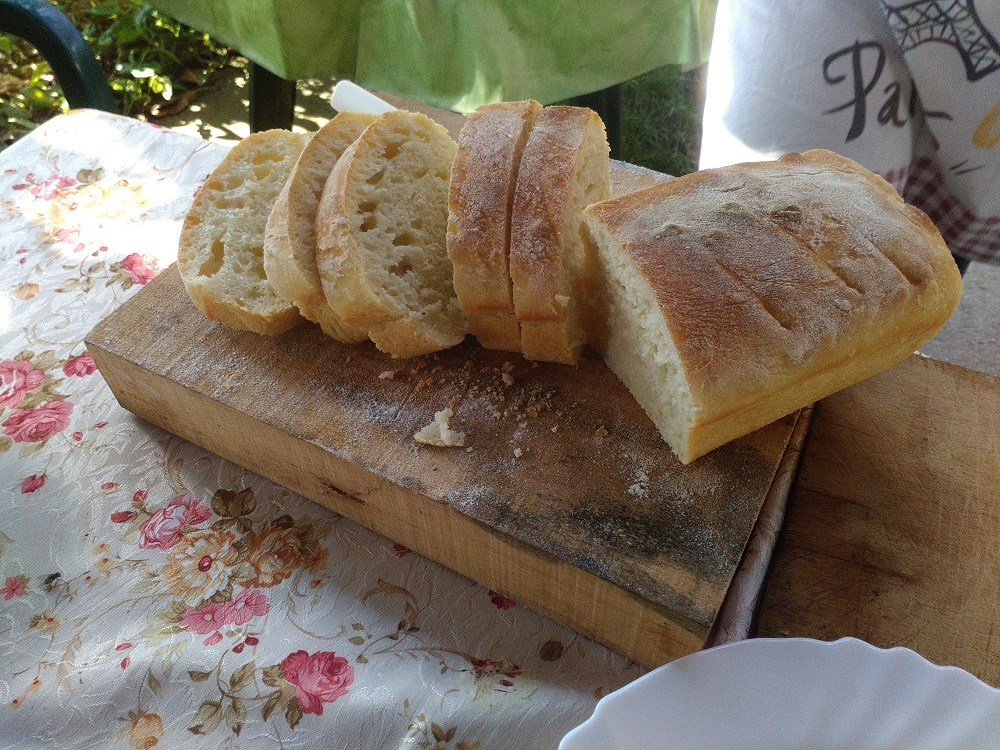 There are dishes that take a little more time to prepare, and which require special skills. One of these dishes is definitely ,,kachamak''. Depending on the region, ,,kachamak'' is prepared from corn flour or a combination of potatoes, wheat and buckwheat flour. 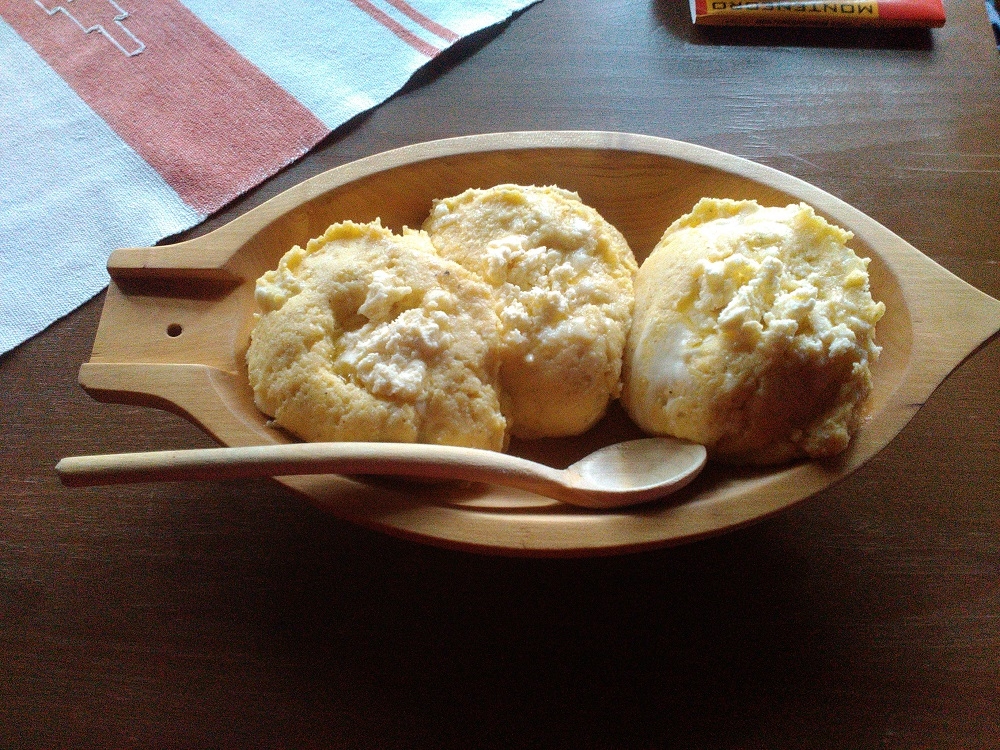 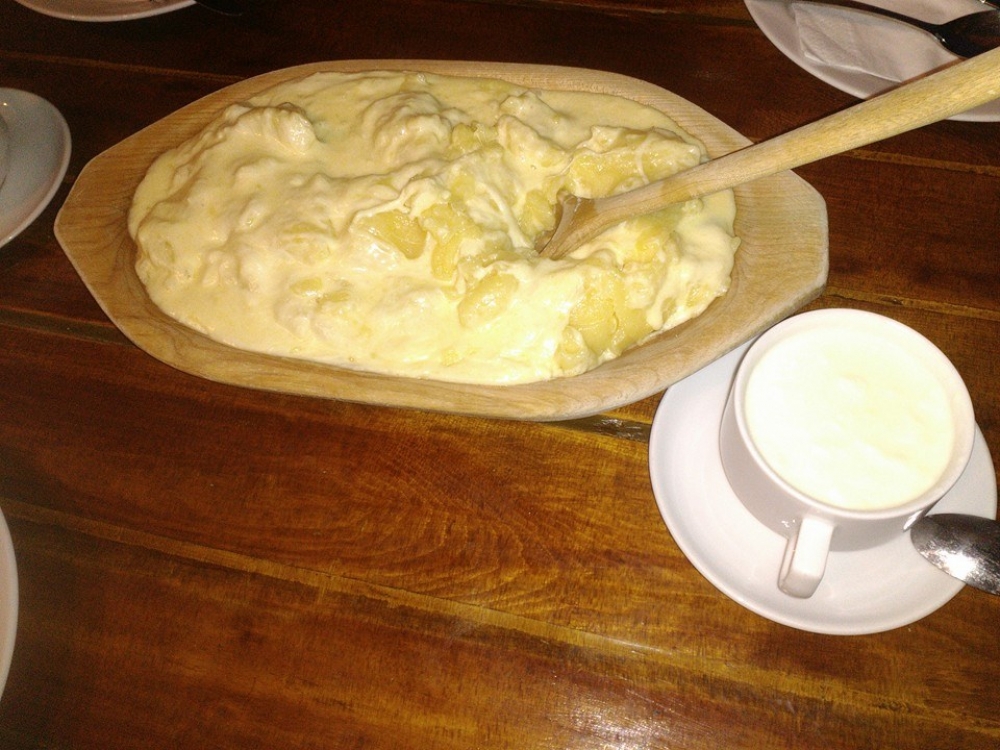 As for desserts, in the northern region, we can freely say that there is a diverse offer, depending on the season. We should emphasize the traditional cakes that can be prepared throughout the year: gurabije, persimmons, unutma, halva, tulumba… However, in the summer more cakes are prepared with seasonal fruits (raspberries, blueberries), and in winter mostly boiled pumpkin, iksijaš (cooked fruit). 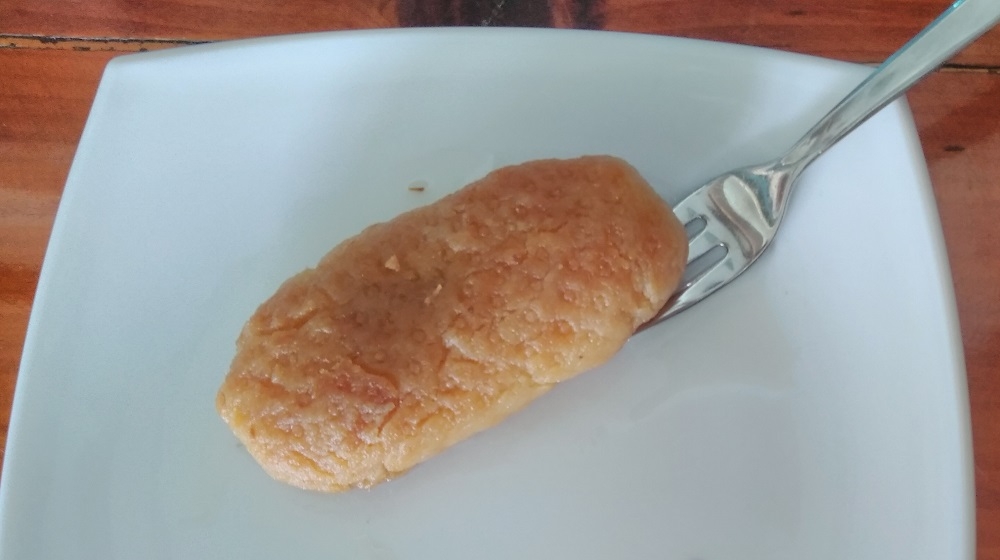 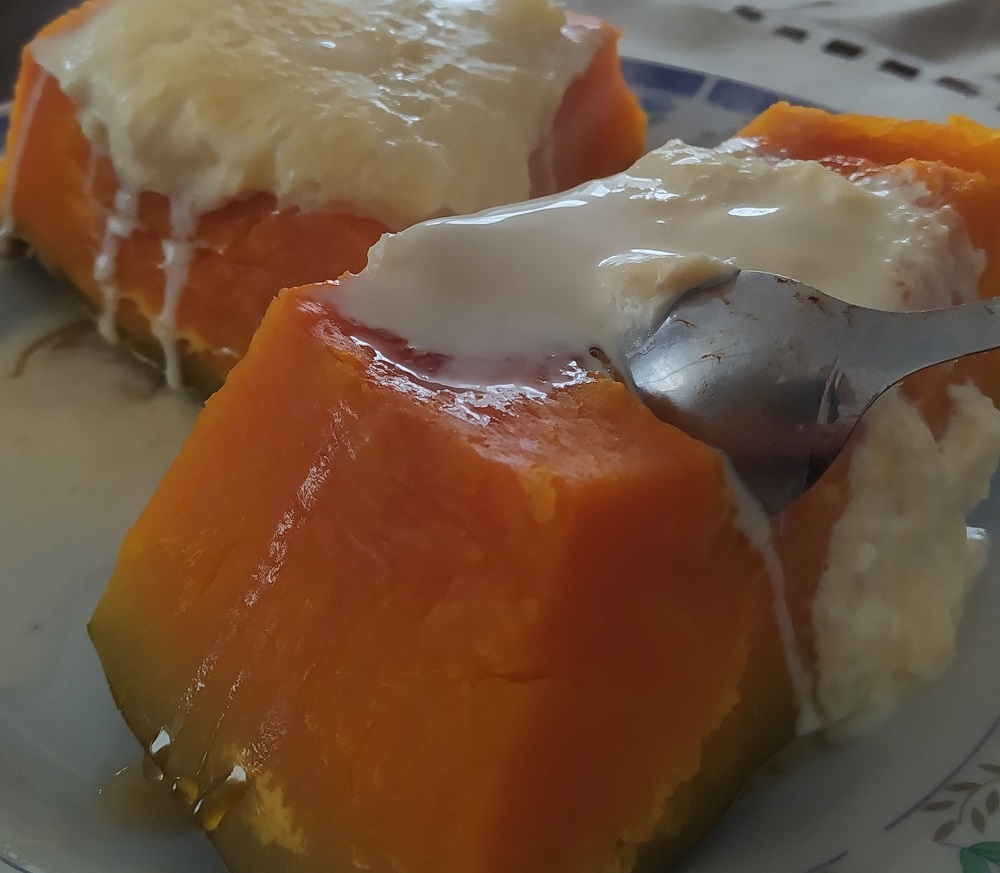 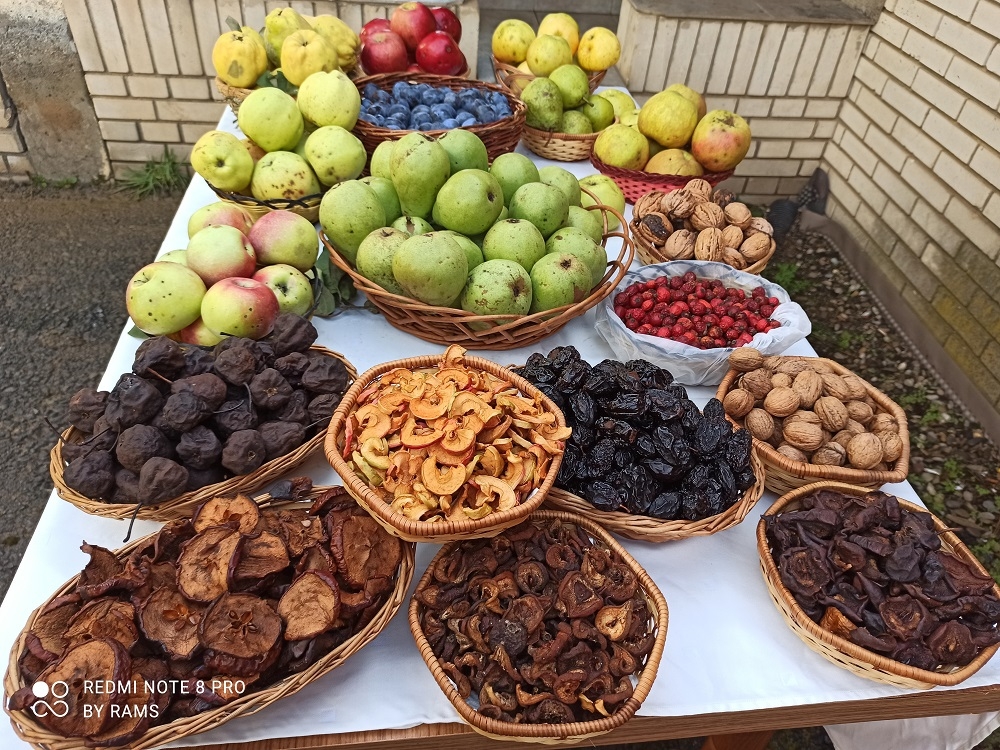 If you want to learn more about dairy products in the northern region of Montenegro (cheese, cream, homemade sour milk, jardum, whey ...), take a few days to enjoy the true taste. Recommendations for puff cheese, which you can find in the region of Kolašin, Mojkovac and Bijelo Polje, specific cheeses made from goat's, sheep's and cow's milk, whose taste varies with age and regions. 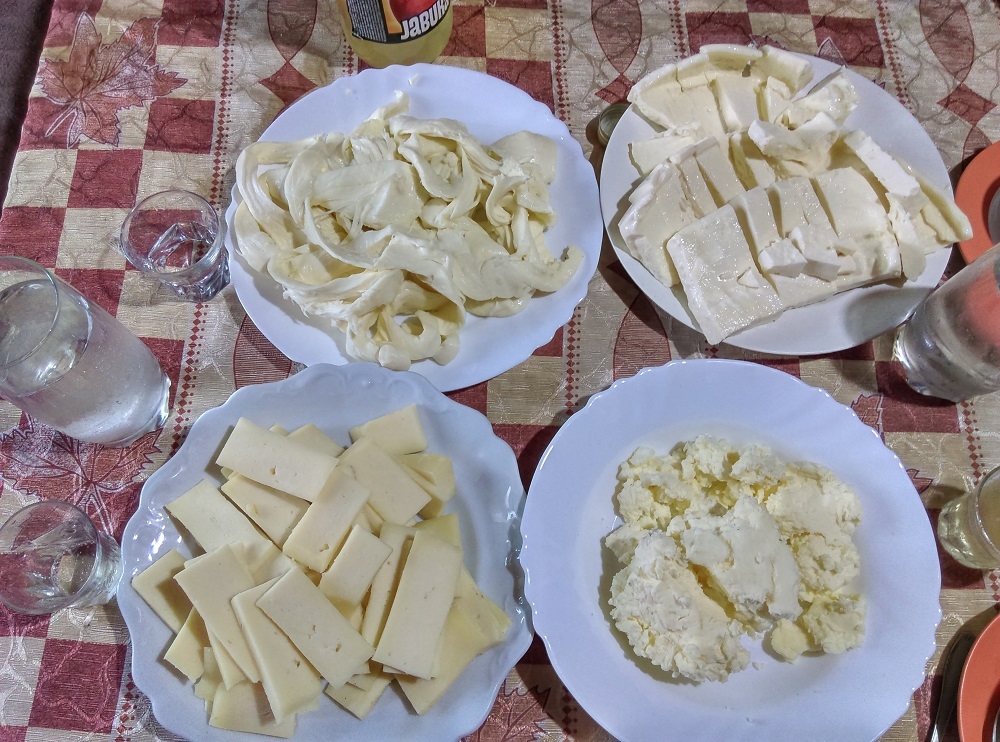 In Montenegro, there is an convivia of Slow food Bjelasica & Komovi I Prokletije, which brings together small producers who have retained traditional production.

At this link you can watch a movie about Slow food in Montenegro and at this  link you can see who all the members of this community are. 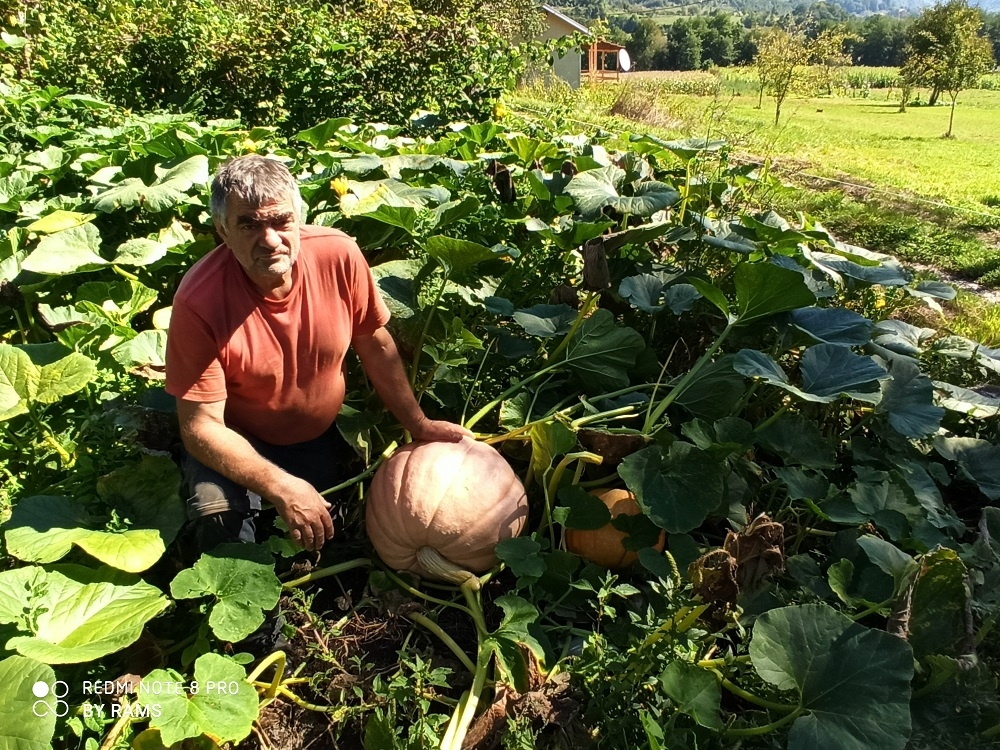 IF YOU WANT TO LEARN MORE ABOUR MAUNTAIN BOUNTY AND SEE SOME RECIPES, VISIT THIS LINK